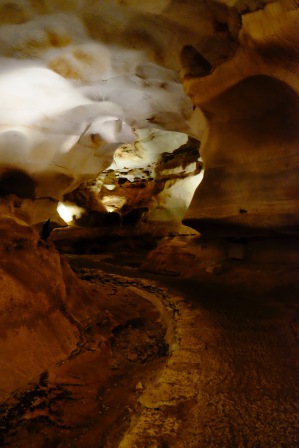 There are no great stories that start without adversity. No one wants to hear about the rich man who got richer or the smart woman who got smarter.

We want to hear stories about people who beat odds. Who overcame obstacles.

Sometimes the obstacles are internal. Like mental health issues. Perceived messages from others, like “You can’t do it” or “you’re not good enough.”

If Scrooge had been a philanthropist from the beginning, there wouldn’t have been a story. The narrator in Fight Club started off feeling powerless, and went on to make something bigger than himself. Abraham Lincoln was poor and mostly self-educated.

I know many successful people who beat themselves up for not being perfect. Of course, they know they’re not supposed to be perfect, will tell you that it’s impossible to be perfect, but then stress out over mistakes.

I’m sure that it’s all more complicated than just one or two reasons. Our brains are magnificent, frustrating, complex entities, capable of creating art and science, and capable of telling us that others have nothing better to do than remember when we say or do something we shouldn’t have.

Here’s the thing: your life is just a story. It’s a series of memories, and moments. You get to pick what you put int that story. You’re the narrator. Are you going to pick on your main character every time they screw up? Or are you going to treat them kindly, putting in only the learning from the mistakes?

Most of us don’t focus on all the times Harry Potter screwed up. He destroyed Voldemort in the end, so what does it matter that he drove a car into the Whomping Willow or that he didn’t learn occlumency? People still read Twilight, despite the fact that Edward was an emo sparkly vampire. (Maybe not the best example. And yes, as much as I make fun of it, I read and enjoyed Twilight. But please don’t tell anyone.) We still like Kevin Smith, even after Gigli.

Mistakes don’t define us. It’s how we deal with mistakes that counts.

4 comments on “How to Win at Life”