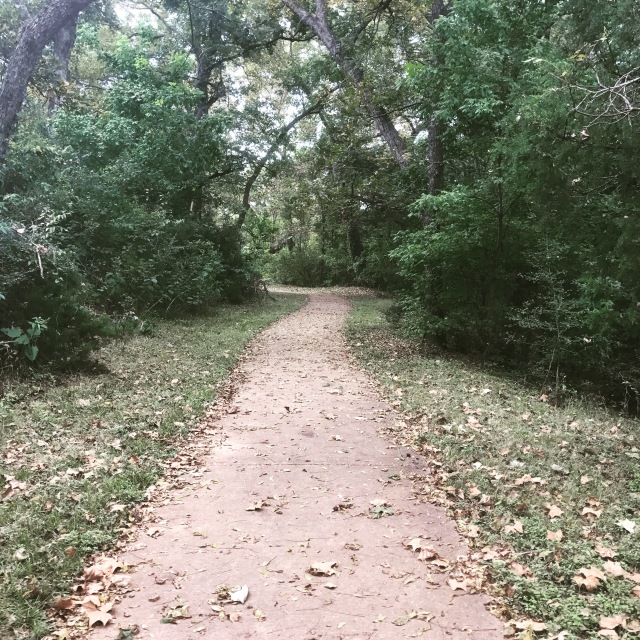 I have a friend who doesn’t want to submit anything for publication that isn’t his “best work.”  I can understand the thinking there.  I’ve read enough published stories that are terrible, in need of more editing or someone to clarify the ideas, that I appreciate the sentiment.

At the same time, I recall reading a book by Dean Koontz years ago, and later learning that he hated it, was actually “ashamed” of it and wanted it to not be published anymore because it wasn’t very good (in his opinion).  I remember being puzzled, since I liked the book immensely.

Of course, I want to do my best, but as I learn and grow, what my best is will change.  I’m not going to limit myself today because I hope that my best will be better tomorrow.  I also endeavor to value what was my best in the past, if it was really my best work then.

I look back at the person I was, the things I wrote, and I’m not that exactly person anymore.  That person didn’t have the experiences I’ve had today.

When I read stories I had published a few years ago, now, I can see the places they would have been made better through editing or different word choices.  Instead of feeling bad about that, it makes me feel good.  It’s a tangible reminder that I’ve grown and changed.  Isn’t that always better than standing still?

I’ve joined the Insecure Writer’s Support Group. On Wednesdays, we all post about our… well… insecurities.  Like the group name.

How long does it take to write a novel, anyway?

I’ve been working on mine for the last two years.  Give or take 20 years.

I first got the idea when I was in college, and though it’s evolved quite a bit since then, some things haven’t changed.  I’m working on writing it and editing it and all those novel-type activities.

I start to doubt myself when I realize how long I’ve been working on it.  It shouldn’t take this long, should it?

If you ask George RR Martin, he’d say between 1-6 years.  Stephen King comes out with a new book once or twice a year, plus short stories.  And Nora Roberts?  Four or five books a year.  Wow.

So, I guess the point is that it takes as long as it takes.  I’ve written several (bad) practice novels.  Each time, I get a little better.  Since joining a writer’s group, I’ve made a lot of progress with my writing.  More than I had with online writing groups.  It’s tempting to just want to be done with it, to say that it can’t possibly be good enough if it’s taking this long to write, but that’s just not true.

I really believe that failure only happens when people give up.  And I’m not ready to give up.

“I hope that in this year to come, you make mistakes.

So that’s my wish for you, and all of us, and my wish for myself. Make New Mistakes. Make glorious, amazing mistakes. Make mistakes nobody’s ever made before. Don’t freeze, don’t stop, don’t worry that it isn’t good enough, or it isn’t perfect, whatever it is: art, or love, or work or family or life.

Whatever it is you’re scared of doing, Do it.”

“Great works are performed not by strength but by perseverance.”
-Samuel Johnson

Very few people get anything really important on the first try.  The difference between someone who is successful and someone who fails is often how many times you’re willing to try.  This week, keep in mind that no matter what happens, you can be ultimately successful if you keep trying.

“Yet” is an amazing word.  Whenever something hasn’t happened in my life, something I want to happen, I just add the word “yet,” and it transforms the non-event from a disappointment to a possibility.  For example, take a look at the two sentences below.

I haven’t had a novel published.

I haven’t had a novel published yet.

The second sentence is much more promising.

The only difference between success and failure is how many times you’re willing to try.  Most people don’t succeed at anything important on the first try.  They practice, they perfect, they keep trying.  Giving up means you never get to use the “yet.”

If he had given up at any point, we wouldn’t know who he was.  Someone else would have “invented” the light bulb.

That’s the point.  Whenever someone is successful, it looks easy.  Because they did it.  So it’s easy to forget that there was a process between failure and success.

JK Rowling succeeded as a novelist because she kept trying.  So did: Stephen King, Richard Adams, John Grisham, Louisa May Alcott, and many others.

My point is that whenever I start to get discouraged about something in my life, I remind myself that failure is just success I haven’t had yet.

I’m still a work in progress, and I haven’t ventured in every way I want to… yet.  I have the usual things on my list yet to come, including travel.  I was talking to someone the other day who was recalling a conversation with another person about how Person 1 thought Person 2 was spending too much money on vacations and travel.  “Why aren’t you saving for retirement?” Person 1 asked.  “Because I’m investing in memories,” Person 2 replied.  Isn’t that a great quote?

One of the biggest things on my bucket list is getting one of my novels published.  I’ve had friends who’ve tried to offer their version of support by telling me that it’s a waste of my time.  I spend too much time writing, and for what?  I’ve had a few short stories published and was paid varying amounts for them, but nothing that’s going to pay my mortgage.  Isn’t that a waste?

I’d write for free.  I write just for me.  I love to see my words in print, but mostly because I feel like I’m sharing something with other people, not because I want to be famous and make millions.  (Though if there’s someone out there who’d like to pay me millions for my words, don’t hesitate to contact me.)

So, back to the quote I put at the very beginning.  That’s not the whole quote.  It’s actually: “Nothing ventured, nothing gained. And venture belongs to the adventurous.” -Navjot Singh Sidhu

“Life’s an adventure.  And every day, I’m just getting started.”  -Doree Weller