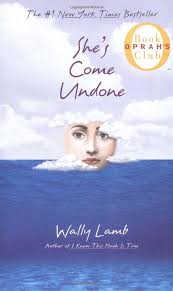 A book with song lyrics in the title- She’s Come Undone, by Wally Lamb This was the first Wally Lamb book I’ve ever read, and it was pretty good. I did enjoy it, but the relentless awfulness of Delores’s life started to get to me after awhile. Luckily, it had a happy ending there, but for awhile, I was getting ready to swear off literary novels. This book is the one that ultimately inspired my post 10 Reasons I Love Happy Endings.

While I Was Reading Challenge 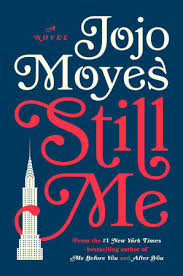 Still Me, by Jojo Moyes This is the third book in the Me Before You series. I didn’t even know there would be/ should be/ could be a third book. I’m always leery of series, never sure if I should continue them or leave the world as is. I found out about it through Goodreads and lasted about 24 hours before I bought it on Kindle. I loved rejoining the adventures of Louisa. This was a perfect sequel, and hopefully the end of the series.

Have you made any progress on your TBR or book challenges?

I’m always amazed when people know minutiae about their favorite recording artists, actors, and writers. I love the Beatles, and I know Ringo wasn’t their first drummer, but that’s about it. I don’t feel that need some people have to find out everything, including what Paul McCartney had for dinner the night he met John Lennon. (I just made that up. I don’t know if that’s a thing.) 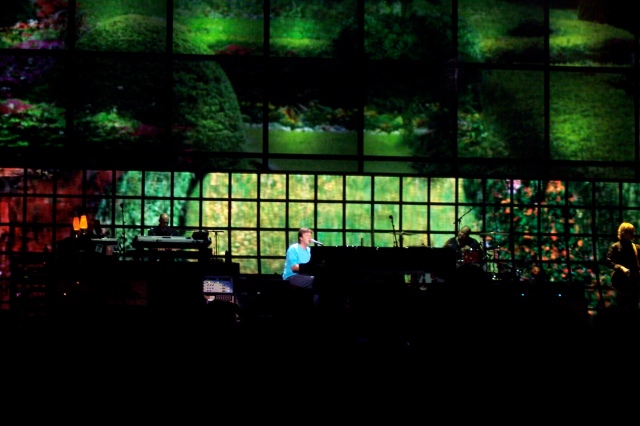 The Paul McCartney concert in 2005 was amazing.

I get the emails from Goodreads, alerting me to news about authors and books and such. Normally, I ignore it, as I do most of my emails. But two days ago, I saw something about JoJo Moyes and another sequel to Me Before You, so I clicked the link.

It turns out that a third book in the series, Still Me, was released yesterday. I held out for all of 24 hours before I bought it on Kindle.

I love everything I’ve read of Jojo Moyes, but I haven’t sought out all her books. I used to read everything Dean Koontz ever wrote, but now I’m behind by a few years. I’m only going to a Taylor Swift concert because a friend mentioned how excited she was to go.

Remember a few weeks ago, when I talked about the X-files expo? The only reason I went to that is because my boyfriend at the time found out about it and arranged the whole thing.

I guess it’s like that old saying, “Jack of all trades, master of none.” I know a little bit about everything, but don’t know a lot about any one thing. Is that a bad thing or a good thing? Or is it just what it is?

I think it’s just that I’m interested in so many different things. It’s the same reason I love buffets; I want to try a little of everything. I just don’t have favorites. I like new and different. I like adventures, and I’m okay with hating something if that means that I tried it.

I’m glad I accidentally came across Still Me now instead of hearing about it six months (or a year) from now. While I’d love to catch up on my favorite authors, I have a towering TBR list that’s waiting for me. It might be nice to catch up on every Dean Koontz book I miss, or read everything that Bryn Greenwood has ever written, but reading widely has benefits too.

At least that’s what I’m telling myself.

Are you a fan of anything? 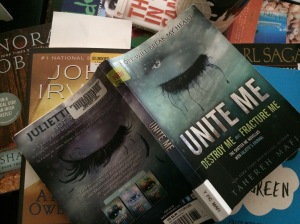 So many books! They’re everywhere.

For me, it’s all about the story.

I don’t care what you’re talking about: books, movies, people.  I love a good story.

I’m more liberal than most people about what makes a good story.  I don’t really care if there are plot holes or if the story has been done before.  I just care about how well the story is told.  Ordinary can be interesting in the same way that extraordinary can be boring.

A lot of people complained that Avatar was a cliched story, but I loved it.  Even if it’s a story I’ve heard before, I liked the way it was told, and it had enough new and interesting elements to keep it fresh.  People complained that Twilight had poor writing, but if it did, I didn’t notice when I read it.  I was too drawn in my the story to worry about the fact that Bella and Edward have an unhealthy relationship dynamic.  The story was interesting and fun.

I like literature.  I like reading about psychological theories.  But that doesn’t mean I can’t enjoy things at the other end of the spectrum, and everything in between.  As long as there’s an interesting story, I don’t mind if it’s cliche.  I enjoy stories I’ve read before, and I enjoy reading them in different forms, from different perspectives.  But then, I’m also the person who can read the same book over and over again and still have emotional reactions to it as if I were reading it for the first time.  (Where the Red Fern Grows makes me sob every. single. time.)

Stories connect me to the past.  Growing up, I loved Cinderella and Snow White, and remembering those stories gives me warm memories of my parents and grandparents.  I love sharing stories (discussing books and movie plots) with other people.  We all see the same story in different ways, and it’s interesting to hear other people’s perspectives on a story.

I know people who love sitcoms and comedy memoirs, but it can be hard for me to get into those things because I feel like too often, they focus on the punchline rather than the story.  There are always exceptions, of course, but my favorite stories are the ones that make me feel deeply, that make me cry or touch my heart.  I love characters who feel so real to me that they become part of my life even after I’ve closed the book.  Harry Potter, The Fault In Our Stars, Watership Down, Me Before You, and Watchers are just a few of the books that made me feel this way.

What’s your favorite type of story?  Do you have a book whose characters feel like part of your life?